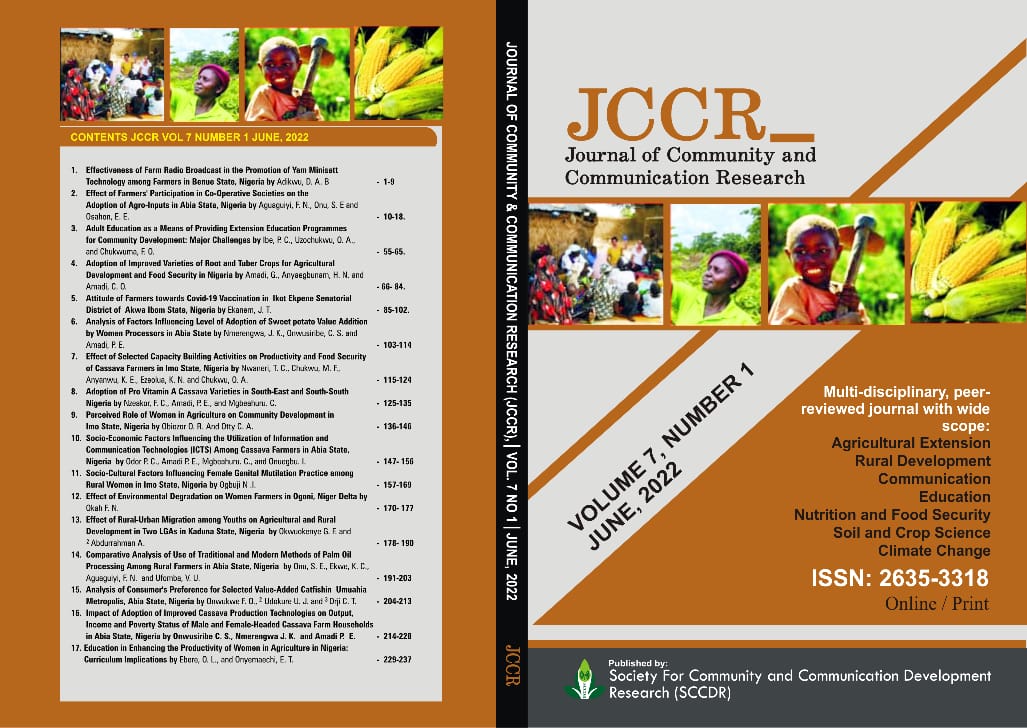 The study investigated the socio-cultural factors influencing FGM practice among rural women in the study area. A total of 136 respondents were sampled using a multistage, purposive, simple random sampling technique, and the data were generated using a well-structured questionnaire, interview schedule, and Focus Group Discussion.  Descriptive statistics tools, such as mean score was used in analysing the data obtained. The objectives of the study included, assess the knowledge level of the respondents on the dangers of FGM practices, and identify the social and cultural factors influencing FGM practice. The results showed that the respondents’ knowledge level on the dangers of   practice of FGM practice was low, with a grand mean of = 1.8. This affected the respondents’ attitude towards FGM/C abandonment, as results from the study further revealed that the respondents had a negative attitude towards FGM abandonment, as indicated by a low grand mean score of = 2.1, which implied that rural women opting for FGM/C practice abandonment is not likely to happen. The study concluded that there were notable socio-cultural values and beliefs that influenced people's behaviour and attitudes towards FGM practice discontinuation. Finally, the study recommended that a proactive multidisciplinary approach should be deployed in raising awareness about FGM/C practice, its consequences, and symptoms of its complications and equally stated that more research is needed to understand the sociocultural factors that influence women's attitudes toward FGM abandonment.